Apple Arcade, MFi &Cloudy Gaming:-GameSir G4 pro wireless game controller support native gaming and cloudy gaming include: Call of Duty, Minecraft, Asphalt 9: Legends, Dungeon Hunter 5 and more. You also can use the G4 pro to play Apple arcade games, and not only that, but the GameSir G4 pro also supports MFi certified games and hundreds of switch games.Multi-platform Wireless Gamepad:-GameSir G4 pro Controller compatible with Switch/ Switch Lite, iOS 13 or later, Android 8.0 or later, Windows 7 or later, Android TV box. Connections: via 3 main connections of Bluetooth, usb receiver/wired. Note: Connect PC via usb cable or usb receiver, Switch/Switch Lite/Mobile Phone/Android TV Box via only by Bluetooth.Magnetic ABXY Fits Switch Layout:-GameSir G4 pro switch controller would be the best choice for you. Because it has magnetic ABXY buttons that allow you to change the ABXY layout at will depending on the your needs for different gaming platforms, allowing you to control multiple platforms with just one gamepad.Six-Axis Gyroscope Makes Precise and Stable Control:-GameSir G4 pro is equipped with six-axis gyroscope. It supports motion control and is also more sensitive in recognizing the player's movements, which are then reflected in the game. For example, in the Switch game, DOOM, the player can control the character to fire bullets to attack enemies through somatic controls.Soft Rubber Grips&Metal Plating Buttons:-GameSir G4 pro's grip has a non-slip, comfortable texture that prevents fingers from slipping off and significantly reduces grip fatigue. By plating the surface of the pc gamepd’s shoulder buttons with a layer of metal, it enhances their durability and allows these shoulder buttons to become more resistant to sweat and corrosion, as well as making them feel better when your fingers are pressed against them.800mah Large Capacity Battery:

-You can use this game controller continuously play games about 20 hours. Whether it's from the large capacity of 800mAh or the power consumption of its chip, the GameSir G4 pro silently provides a good gaming experience where you can't see it. 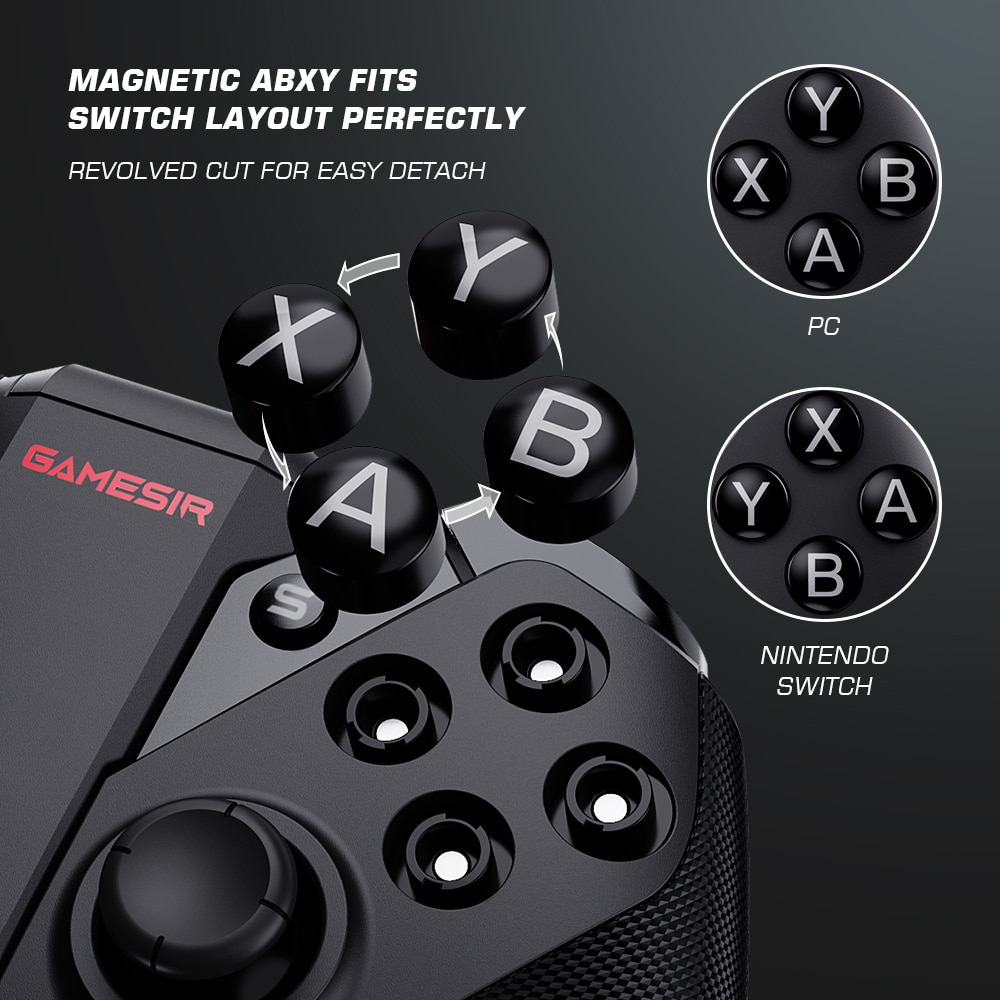 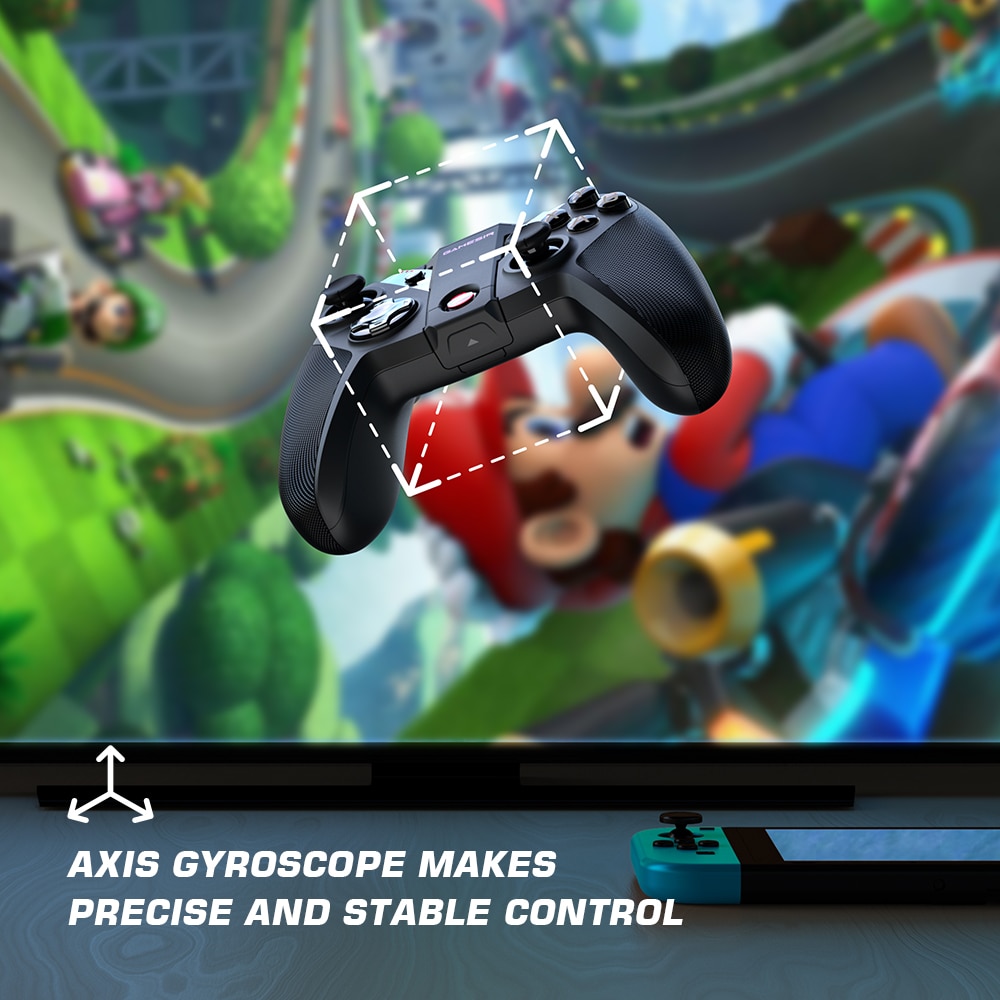 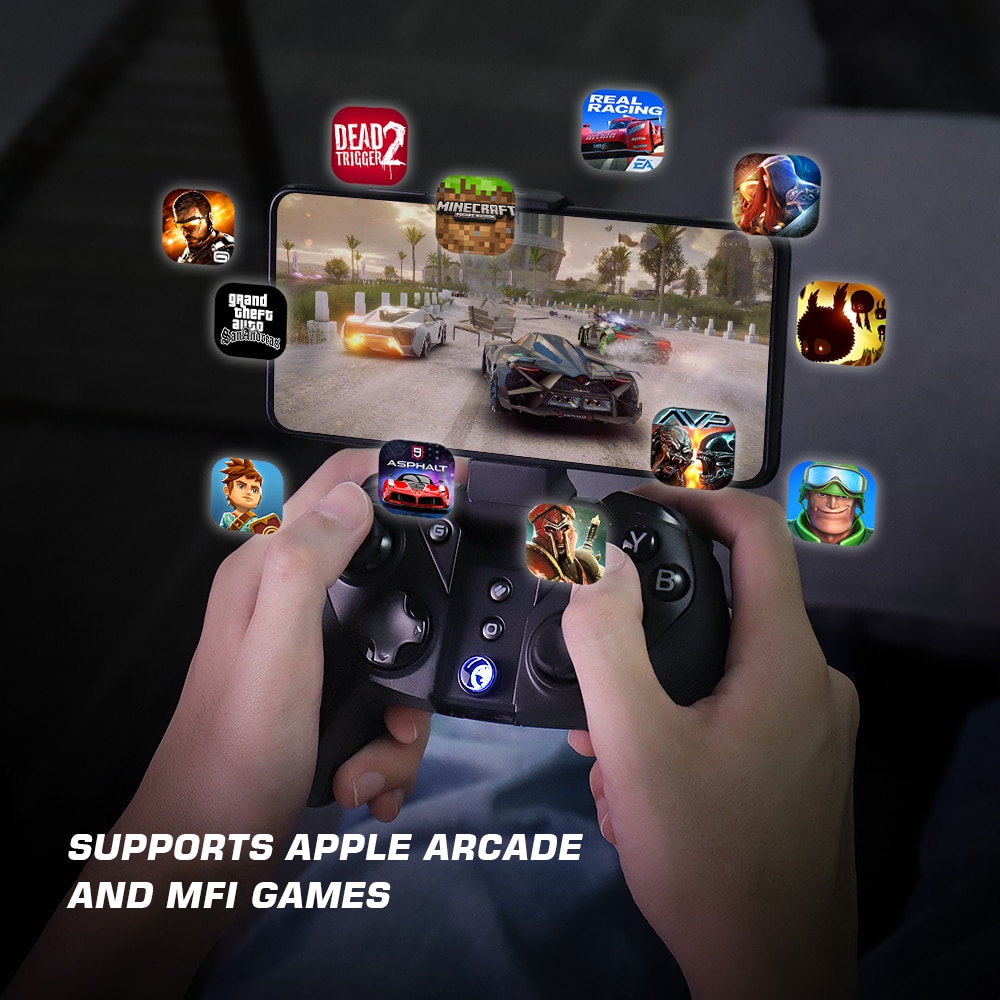 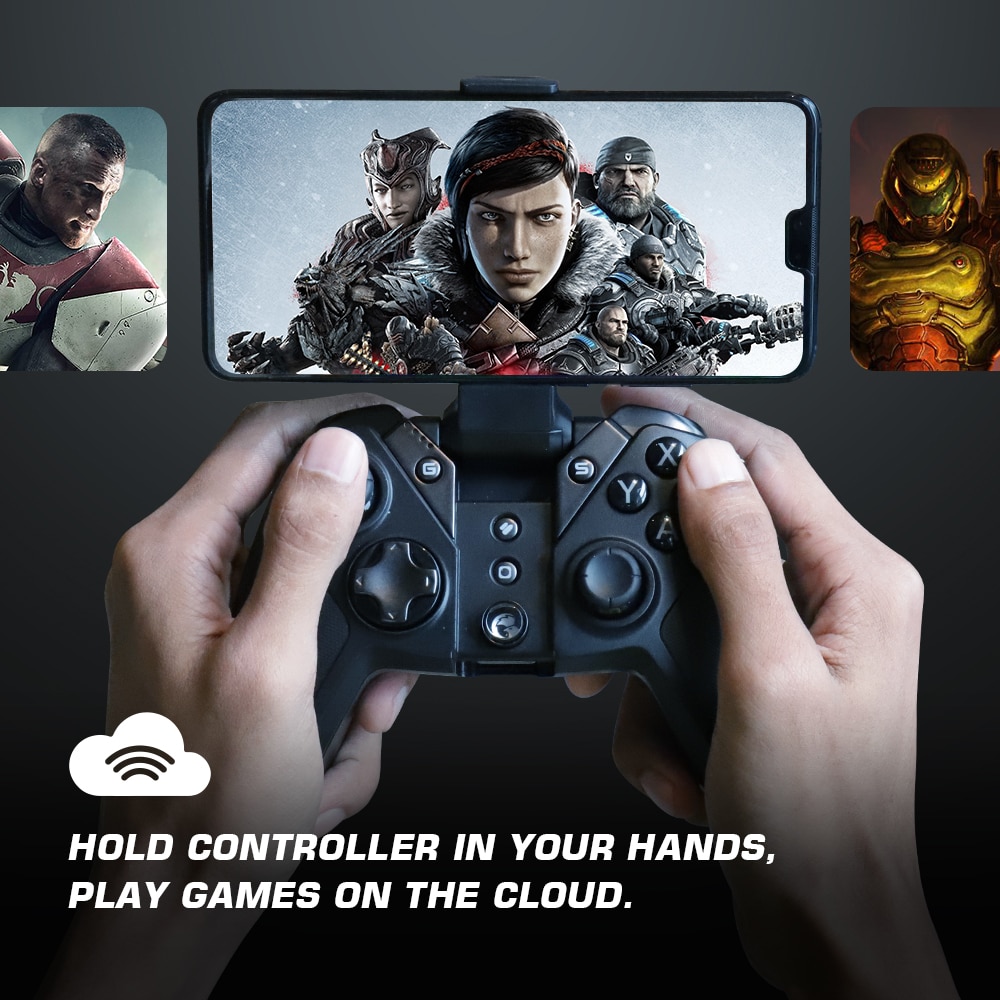 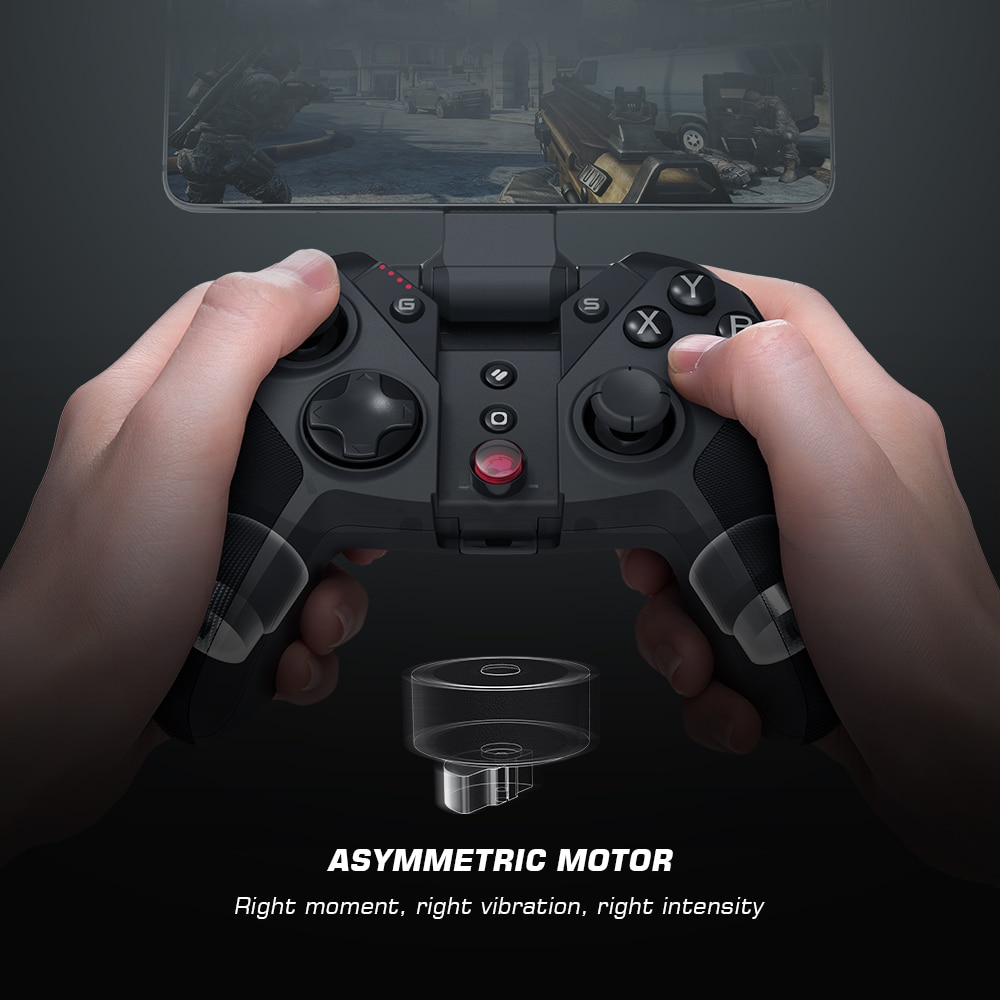 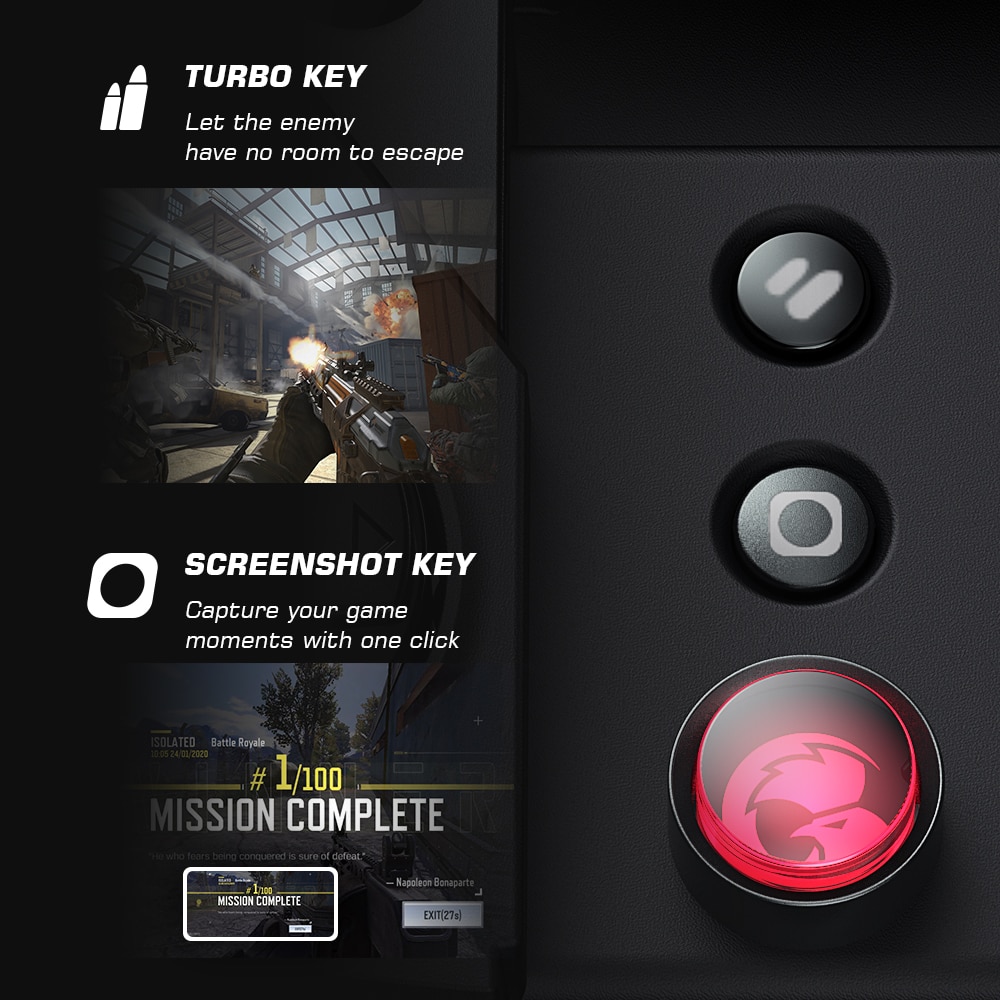 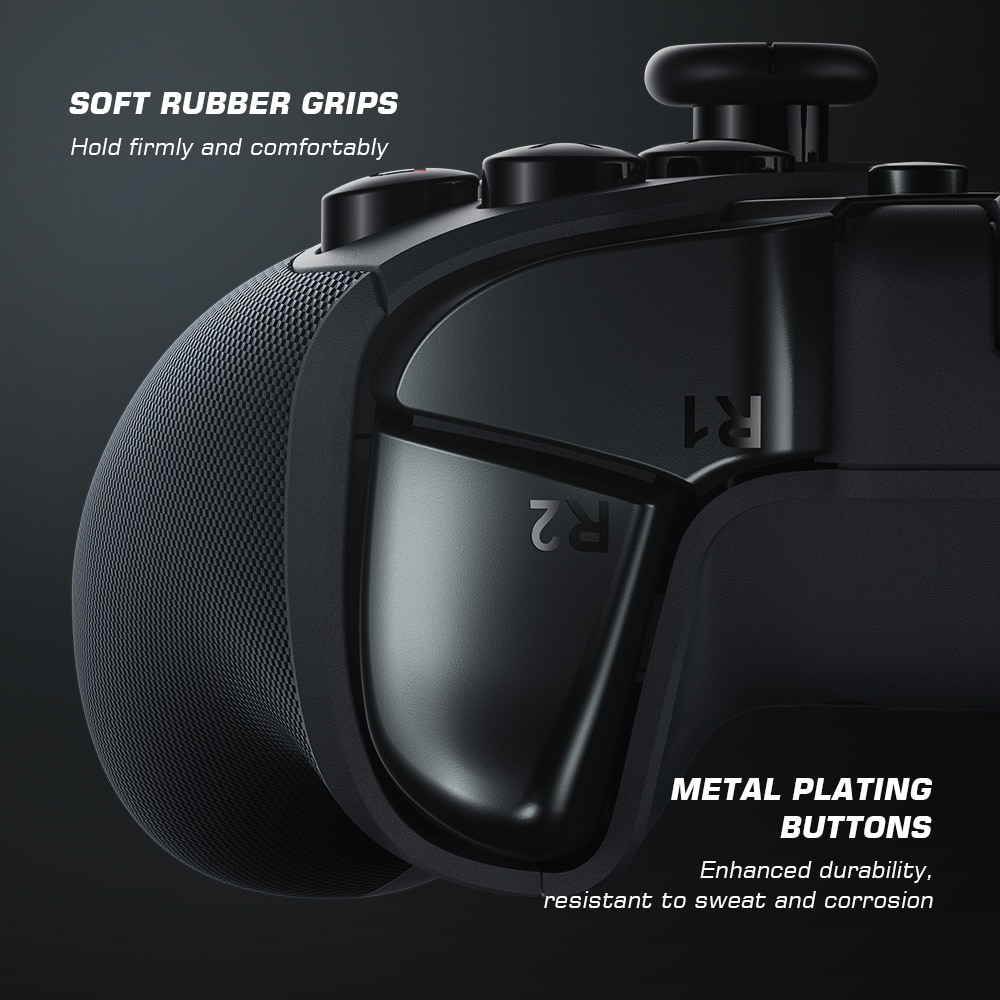 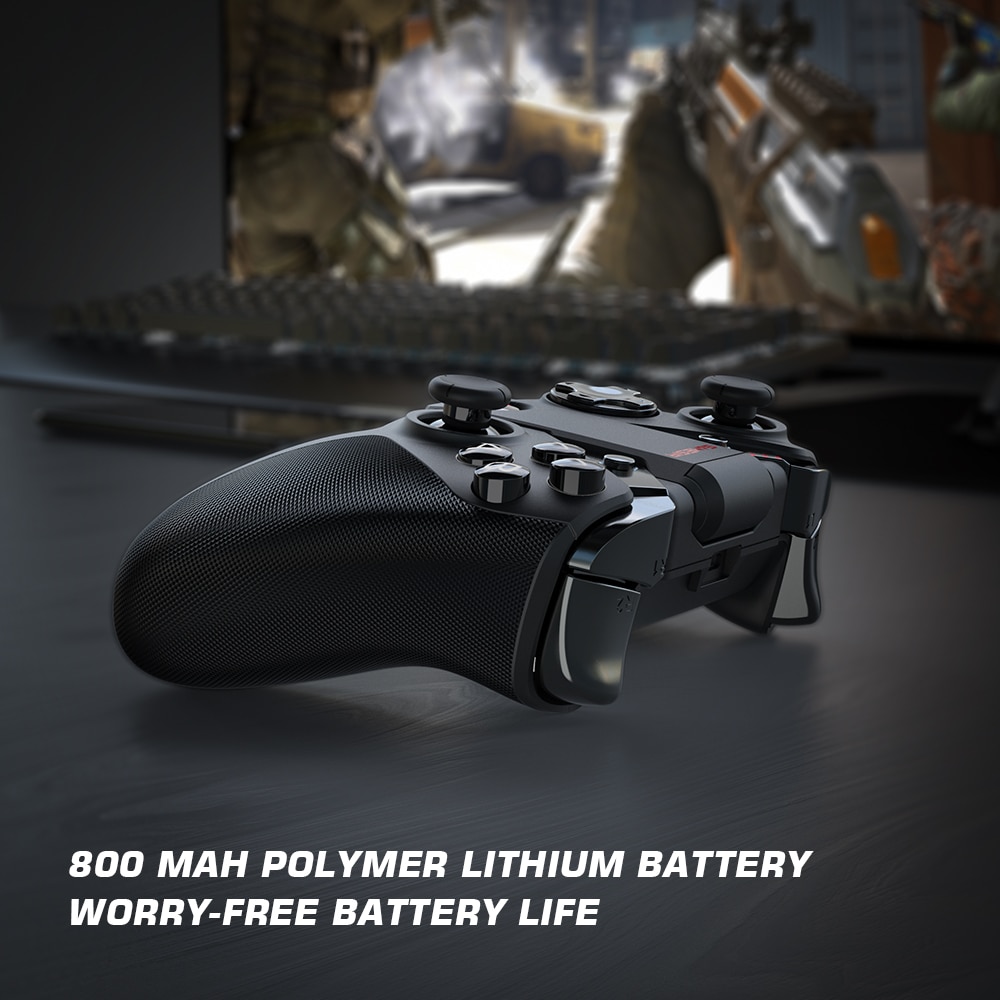 If your device can not connect to GameSir G4 Pro, please press and hold the G + S button for 5 seconds to re-pair.